To celebrate National Engineering Month, we’re highlighting our creative, collaborative, and advanced team members and the projects they’ve been working on. We do great work for great clients, and it’s all thanks to our great people.

In the third post of this series, Heather Elliot, Associate, talks about her experience working on a major condominium restoration.

Take it away, Heather. 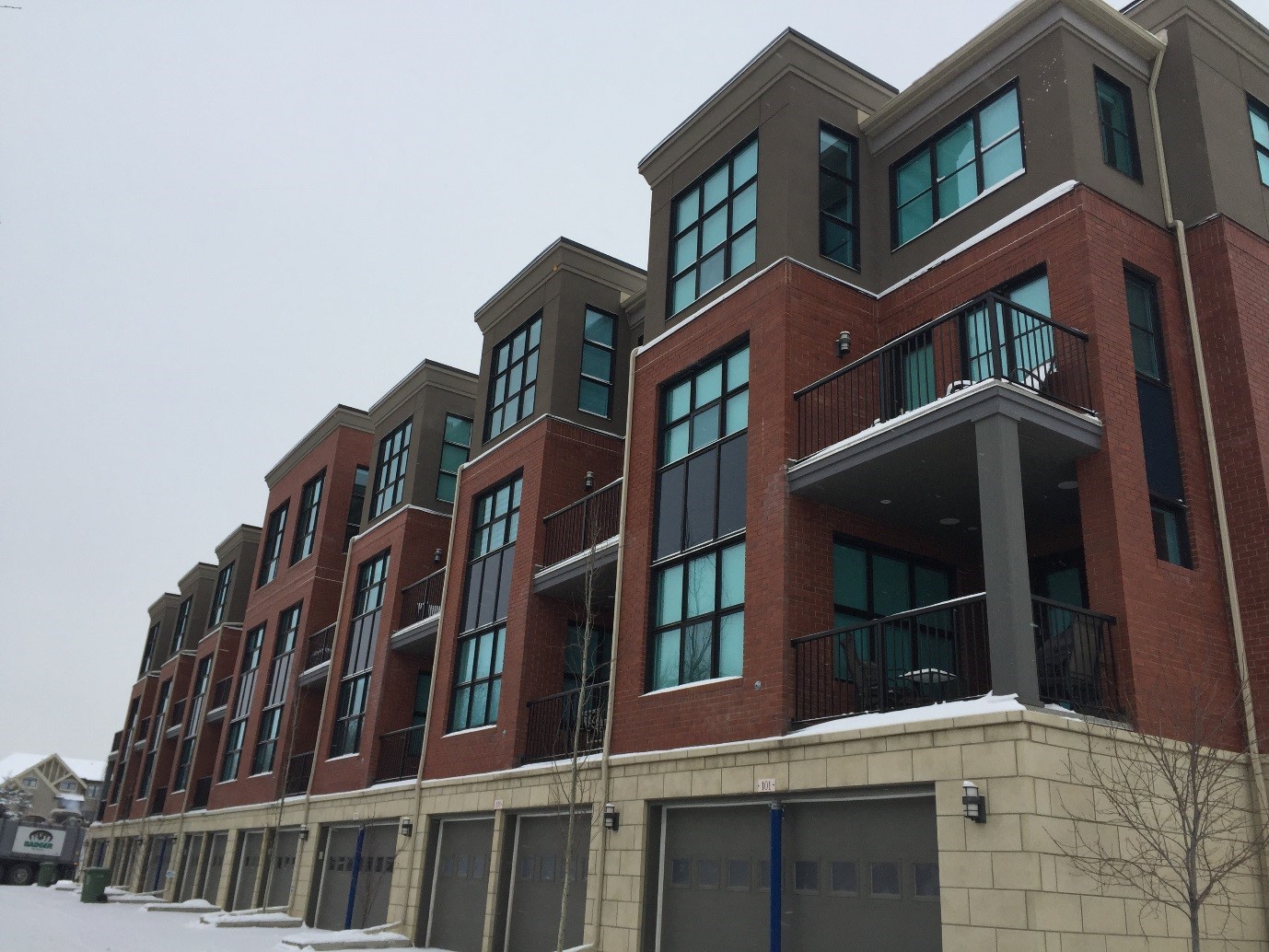 I’m going to tell you about a condominium project that morphed from an attic ventilation review into a roof replacement and eventually into a full-blown building envelope and structural remediation. This project is an example of how a simple phone call (“We think we have attic leaks – can you look at that?”) lead to a large-scale building envelope and structural investigation with repairs.

It started with crawling around in a dozen unit attics, observing frost build-up on the underside of the roof sheathing. This is nothing new in Calgary’s climate; “attic rain” is an issue in many buildings where ventilation is minimal or blocked and warm interior air leaks into the attic, condensation freezes to the underside of roof sheathing, and then it all melts at once during a warming period.

So, we began an attic ventilation project in which we cut back the roofing from the outer perimeter, installed baffles to keep the insulation from blocking the small areas of soffit venting, and added roof vents. Sounds pretty run of the mill at this point, doesn’t it? 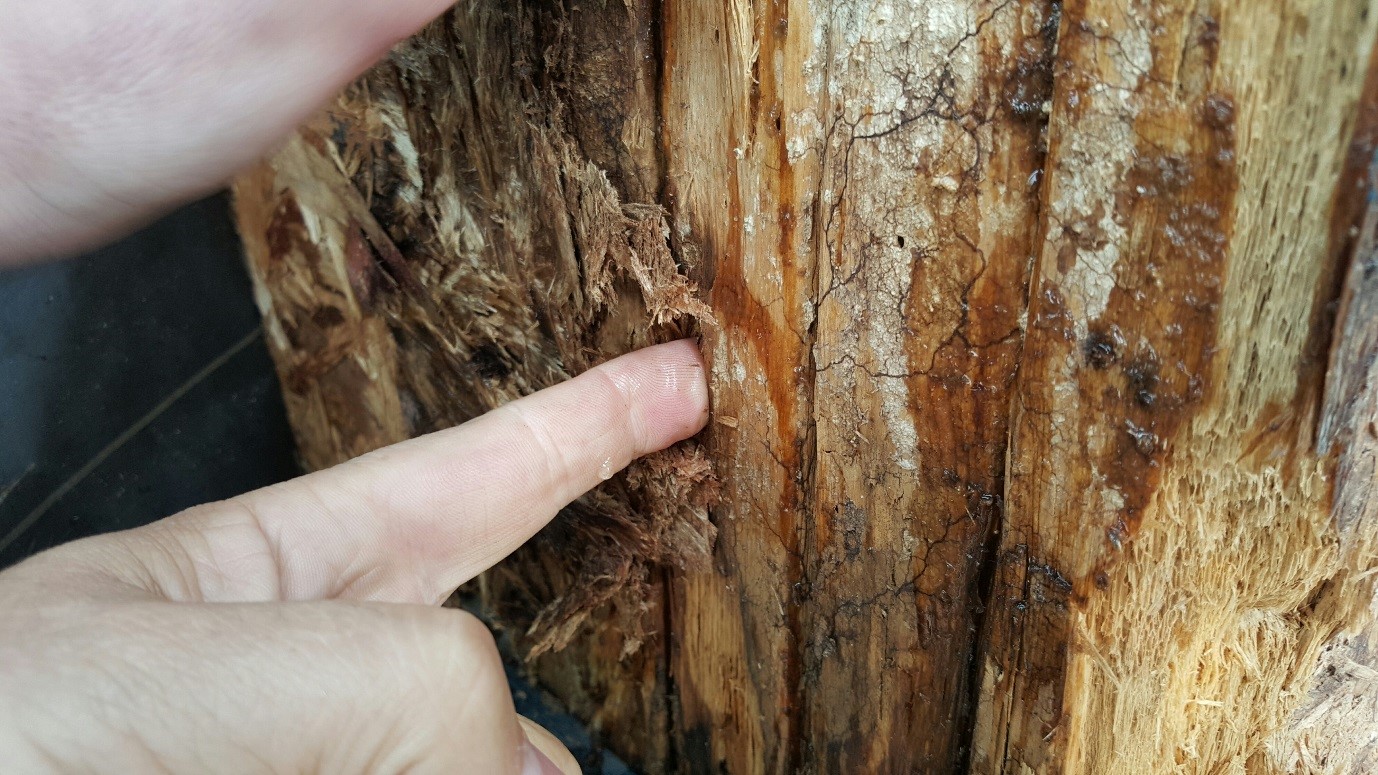 One of our Senior Building Envelope Specialists was heading up the roof ventilation project at this time, and loves to tell the story of how he would ride public transit out to complete site reviews at this complex, which you can see across the street from one of the transit stations.

He noticed something strange: from a perspective across the street, you could see that the beams above garage headers were bowing down. He brought this up with the Property Manager and Condominium Board, and the Entuitive Building Envelope and Structural Restoration teams began to investigate further. What they found included undersized structural members, a multitude of building envelope deficiencies, and deterioration to framing members where water ingress had already occurred because of these issues. Shoring had to be put in place immediately based on the conditions uncovered, and this became the catalyst to begin a large re-cladding and structural repair project. 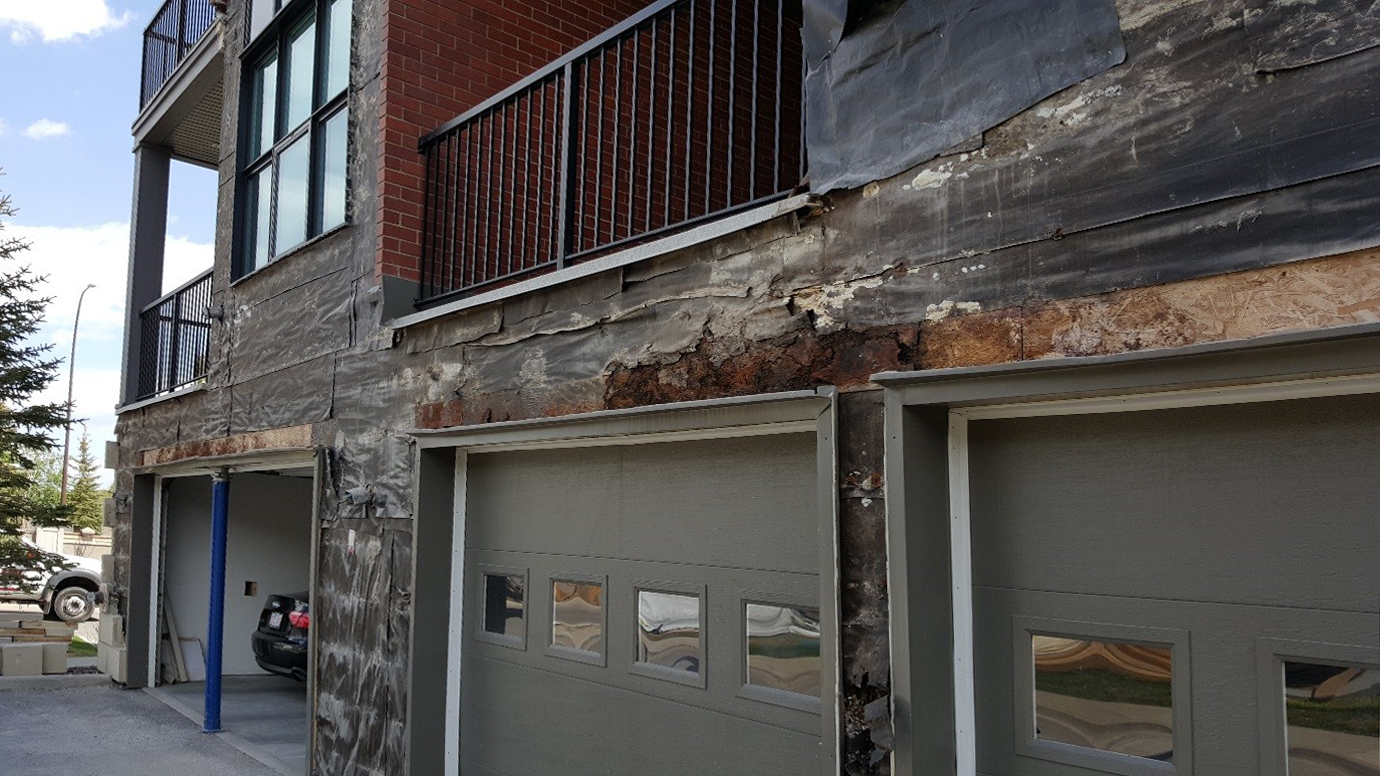 At the end of the day, one visual observation ended up uncovering more than $7 million in required repairs.

I am proud of this project in particular because it involved so many people working together to find a solution as the project evolved from a simple attic ventilation investigation to a complex building envelope and structural repair project, with involvement from six plus individuals spread across the Building Envelope and Structural Restoration teams. These include Brian Shedden, Nicholas Fuss, Randy Thesen, Bryce Denault (who is no longer with Entuitive) and Rob Paquet. 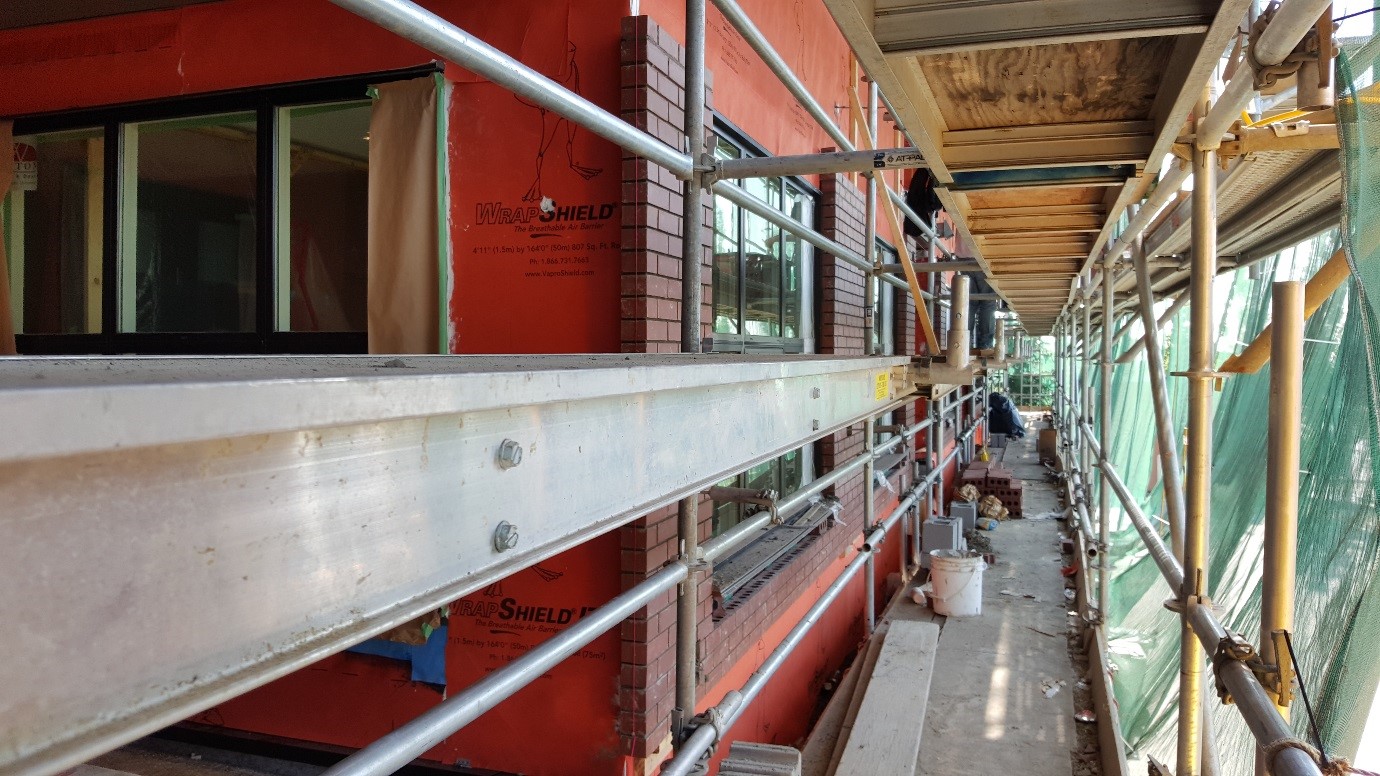 I started out on this project as a Project Engineer, visiting the complex for the first attic review. Later, it became my first project at Entuitive on which I acted as Project Principal, helping to coordinate the repair project in a more senior role. The repairs were complicated as we had to replace deteriorated envelope and structural elements as well as reinforce the structure where it was previously undersized. We worked with the Construction Manager to complete a full-size mock-up at the first unit completed to develop the best way to undertake these repairs. 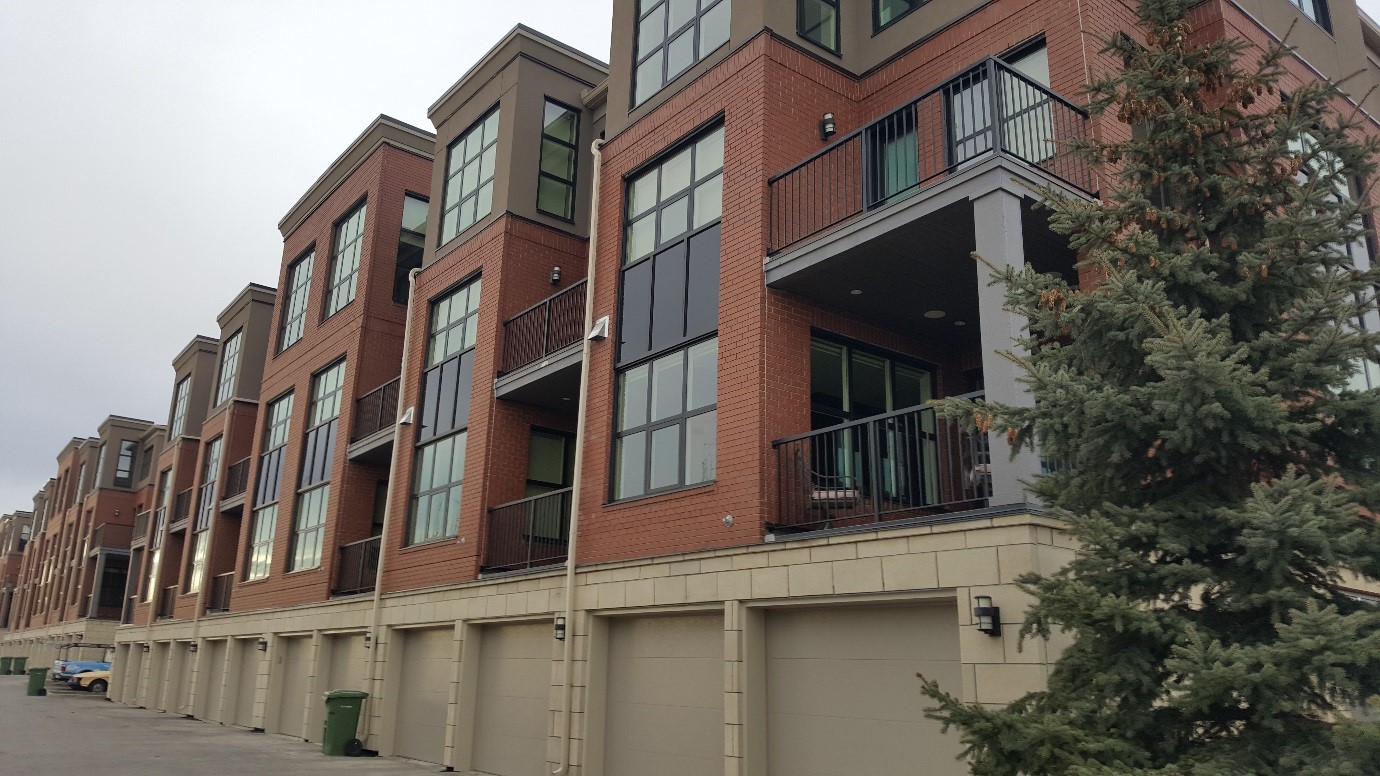 These days, the complex looks close to the same from street level, new masonry, new windows, new EIFS…but all selected to match the pre-existing aesthetics. You’d never know the amount of work that went in behind the scenes (and behind the cladding).

Contact Heather Elliot for your condo restoration project at: heather.elliot@entuitive.com.