Recently, we sat down with Principals Michael Meschino and Stephen Brown to understand how Entuitive’s marine wall experience has been critical to creating new communities and unlocking development potential on our projects.

In this article, we explore reasons to restore or build marine walls, what they are, and the most important considerations for working with them. We also look at how we have been unlocking these benefits through several of our projects.

There are several reasons to restore or build new marine walls, many of which centre around how we can best use our waterfronts and around flood control.

For instance, when we consider the rising water levels that many of our communities are now experiencing because of climate change, as well as increased development around rivers and lakes, and how both these factors will contribute to growing flood-related concerns over time, we can see the need to rebuild or add to our existing marine walls. Doing so can help mitigate or relieve climate-related flooding and damage to our communities. Repairing our shorelines can also help to restore aquatic life and support further habitat naturalization.

Finally, as populations continue to grow worldwide, unlocking waterfront areas by building, restoring, and realigning sea walls can help to create additional space for new and vibrant waterfront communities to come to life. We can also be even more mindful about the design of these brand-new communities as we create them, ensuring that they have sustainable elements like sidewalks, trails, bike paths, and parks.

A marine wall is a form of coast or water defence to prevent water impact on a landform. These walls are used to protect areas of human habitation, to assist in conservation efforts, and to allow for leisure activities. They help protect against the action of tides, waves, or tsunamis. Below are three key rules to follow when undergoing marine wall work.

With this type of work it is essential to operate from the dry side as much as possible. This is accomplished by working in sequence, starting by working from the fill outwards but not up to the sheet. Sheets are driven with a long reach rig on the fill or from a barge and restraint frames or dead man anchors are set above the water level. Once those are set and able to take load, the space between the core and the sheet can be filled. From there, we build up carefully using materials from the core that are placed by clam and placed in the wet.

Wharfs require vertical walls to allow ships to come in close. Putting in energy dissipation features such as rock fills along the shore rather than sheets outside of the area for the ships is good practice. Sheets have high reflection of the waves which can be quite destructive, so extra caution must be taken when considering the effect of reflecting waves. Sheets can also amplify the wave height so that waves will crash overtop the wharf more easily than when rock pile is used.

The choice of system, whether its cellular coffer dam, or dead man anchor, or restraint frame depends on the nature of the material you are working with. For instance, cellular is advantageous for stability but requires more sheet.

The Port Lands flood protection project is located in Toronto, Canada. This 400-hectare district was, until recently, a dumping site. This project is a $1.3 billion initiative to assist in reclaiming the area and has two main goals. The first goal is to create comprehensive flood protection. The second is to design a crucial piece of infrastructure that will support development and growth in the area.

Solving flooding issues that extend in all directions from the mouth of the Don River is key to unlocking not only development at the Port Lands site but also all around it. In fact, this initiative allows for the creation of other communities including East Harbour, which cannot be occupied until the Port Lands project is completed.

The Port Lands Flood Protection project work required constructing a new river mouth behind a temporary dam, which other project team members facilitated. The new river will help move the water out of the Don River and into Lake Ontario more quickly. Currently, the river has been excavated and there is no water so you can see the form of the river and what is to come. Once all the infrastructure is in place, the dam will be unplugged, and the water will flow through.

Since our bridges interface with this work, we are coordinating with the construction team to ensure the marine elements interact properly with our bridges. An interesting point about the creation of this new river is that it also includes a spillway that can allow additional water to flow into Ship Channel if there is a severe storm. 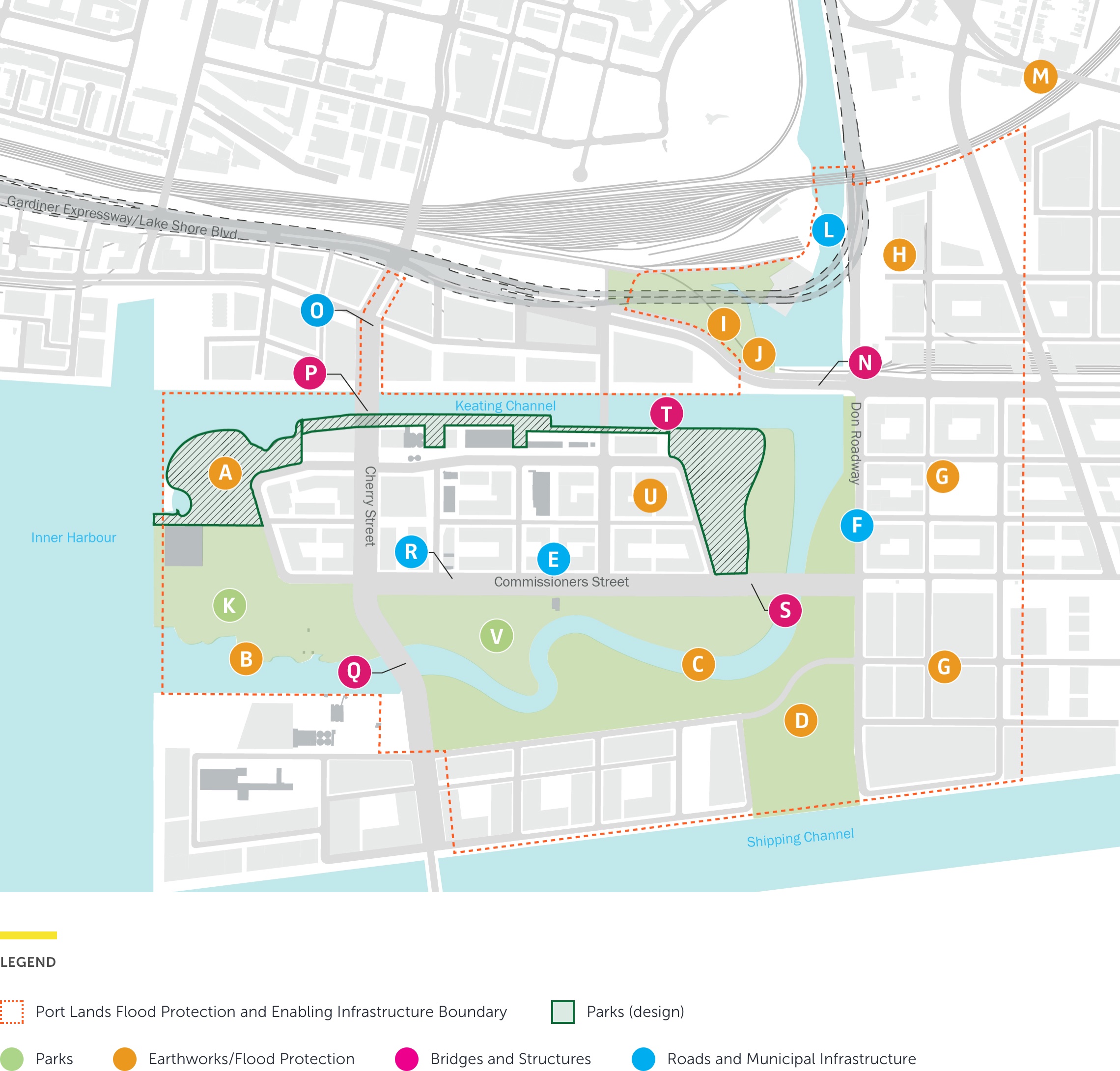 We are widening the Lakeshore Bridge to four spans (from two spans) to widen the river so that more water can flow under the bridge. Widening the bridge involves work on the dock walls in the surrounding areas. We are demolishing some of the existing dock walls along Keating Channel to make room for the widening, we are also designing new dock walls to form the west abutment of the new bridge, and we are replacing the dock wall on the east side of the Don River and on the north side of Keating Channel to protect for the redraining of the roads, which will be elevated higher.

Traditional excavation would have required temporary coffer dams and de-watering, which would have been prohibitively expensive. Using the dock walls provided a solution to stabilize the ground to the full depth that we needed to without requiring extensive ground water control. The permanent sheet pile wall facilitated the channel deepening that was required and provided the support necessary to construct the perched abutments.

A similar approach was used to raise a section of dock wall to accommodate the realigned roadway. Increasing the height of the existing wall would have required extensive modifications and providing a new wall just outside of the existing one was a more direct approach. By taking that approach we made it a straightforward job.

Cherry Street is being realigned and relocated slightly to the West of its current location. To accommodate for the change, we are building two new bridges. There is an existing Cherry Street Bridge which will be demolished. The existing bridge is a lift bridge with a machine room chamber. The chamber had to be demolished to facilitate the widening of the Keating Channel. We determined it was less expensive to partially demolish the chamber, leaving the base and the south wall which is just in front of the original dock wall, then to do a full removal and repair of the existing dock wall. As part of the demolition, we designed a solution to stabilize the existing chamber wall which remained in front of the original dock wall which was exposed. We also added new tie backs to support the remaining chamber wall, thus stabilizing the bank. 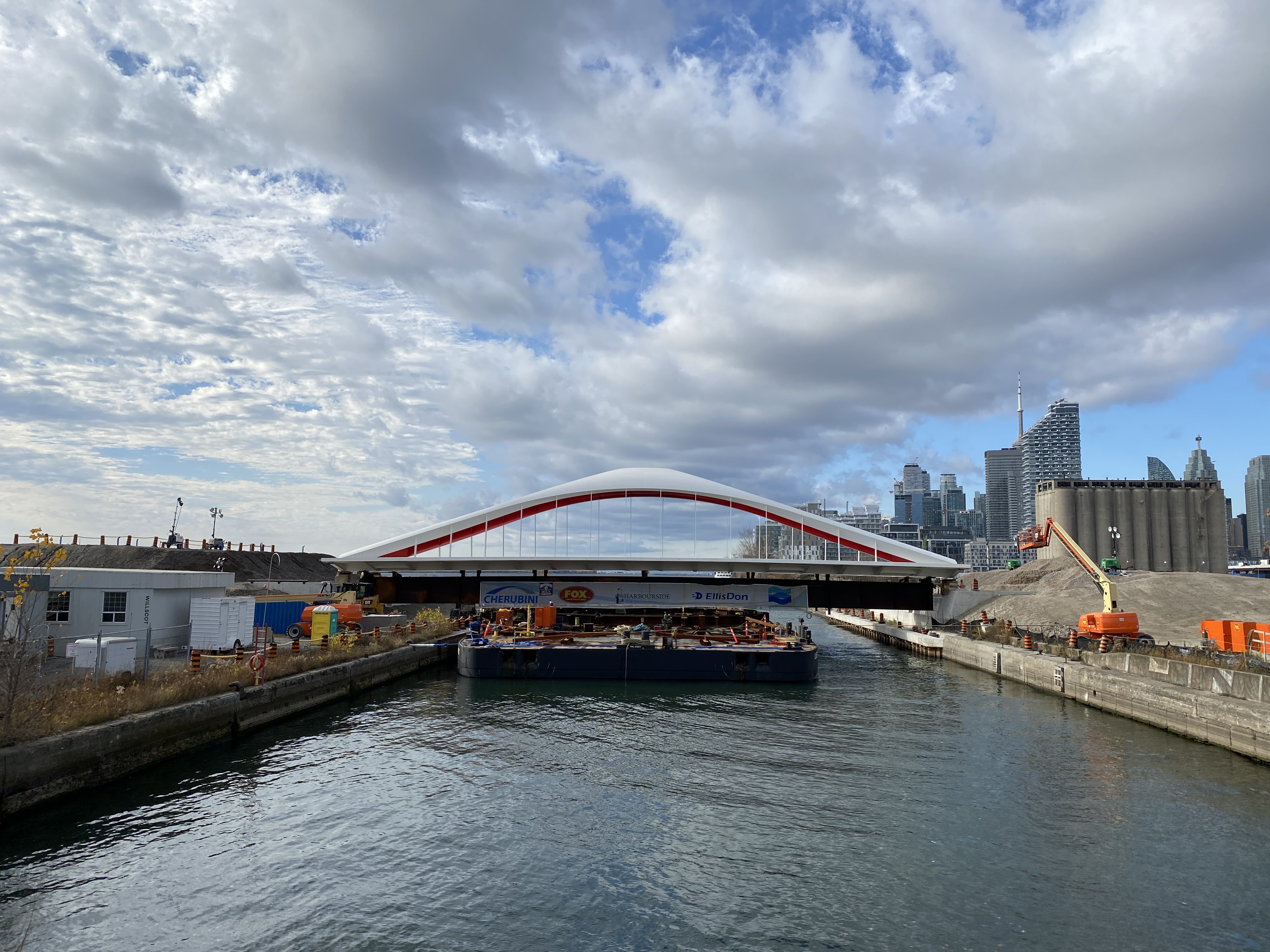 The Cherry Street North Bridge on site in November 2020. The South bridge will arrive later this year. Photo c/o Entuitive.

Our new rail and LRT bridges (Cherry Street North and Cherry Street South) will sit beside the location of the former Bridge. We built a new wall in front of the existing deteriorated dock wall, which was dilapidated and did not meet the current seismic requirements. This work had to be completed to ensure these bridges could be installed.

Creating a Community at Mariner’s Pier in Orillia

We are also helping to revitalize a waterfront and create a new community in Orillia at Mariner’s Pier. The project itself features 500 feet of dock wall and bridges across an inlet into Lake Simcoe with an existing marina. The client is building a series of townhomes, creating a residential community that will have several leisure features for residents, including a pool and a recreational building. The aim is to change the face of this marina into one that is dedicated to the people who will live in the community.

The existing dock wall is seriously deteriorated, and it has been determined that it is more cost effective to replace the wall than to rehabilitate it. We have prepared a concept design for the work that eliminates in-water work by installing the sheets behind the existing wall in stages, progressively releasing the existing anchors as the new wall is constructed. The elimination of the in-water works simplifies fisheries and other environmental permits, reducing the construction time required. We are now working with the developer to prepare the reference design and performance specifications for the dock wall replacement based on this concept.

Working with the Contractor to Bring Designs to Life

We worked for Dufferin Aggregates at their Mississauga cement plant. The plant features an unloading wharf which extends out into Lake Ontario. The wharf, a 1960s era cellular sheet pile system, had been damaged by storms and required repair. We conducted an evaluation and developed a plan to strengthen and repair the system. We worked with a subsidiary of Dufferin Aggregates, Dufferin Construction, to execute the work. We worked for the Miller Group, a contractor, on a wharf at their Georgian Bay North Channel aggregate facility.  Our work involved the full design of a new wharf for an aggregate loading. The wharf is located on a rock base with a dredge depth of twenty metres to suit the seaway capacity limits. The challenge with this site was the sloping exposed rock.  The sheets could not be set at their base. To address this condition, we used large toe pins to brace the sheet at the base.

At the Aqualuna condominiums site, we were faced with a change of use from industrial silo space to residential space in an existing harbour. Here, the existing steel sheets were in good condition. The issue was that the restraint frames for the sheets were going to conflict with the new proposed use of the space. The restraint had to be modified to something closer to the sheet face. We were brought in to provide engineering support from the construction side and we ended up designing sections, confirming caissons, and confirming and redesigning some sections of the restraint bars and the ties back to the restraint frames. The work was done progressively re-tensioning the anchors and securing them to the new waler system while maintaining the existing anchor system until the new anchors were in place.

Revitalizing waterfront communities is important work for a number of reasons. From helping to mitigate climate effects, to restoring natural marine habitat, to creating new spaces for people to live, work and play. A vital part of this revitalization work is related to building or restoring marine walls. At Entuitive, we understand the challenges and solutions related to this work.

If you’re interested in learning more about our work on marine walls, bridges, or transportation infrastructure please reach out to Michael Meschino or Stephen Brown.

Residential development will come, and it will be a self-contained work, live, play community. The futuristic, artistic bridges we’ve design will help set the tone for the look of this new community. 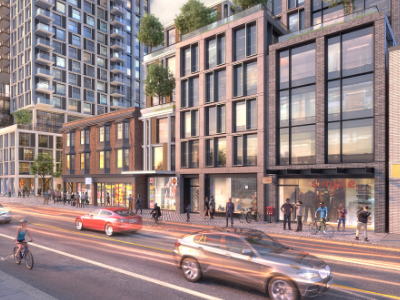 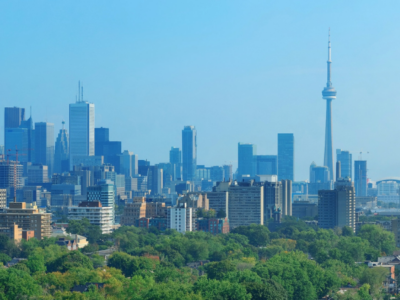 Spotlight
Toronto Green Standard Updates and What They Mean For You 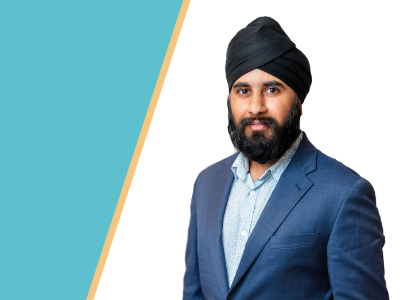 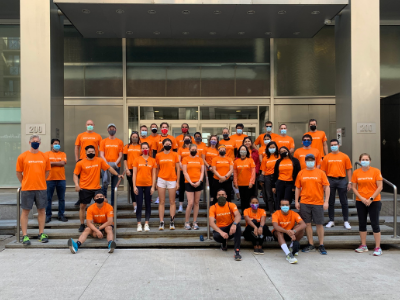 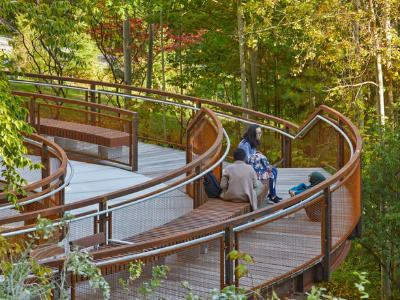