From Vacant Commercial Buildings to Homes: Our Approach to Giving Office Space a New Lease on Life

A major trend that has arisen from the pandemic and affected each community we live and work in is the growing amount of vacant commercial space. From office buildings to retail centres, vacancy rates offer opportunities to innovate and give these buildings a new lease on life.

Recently, several Entuitive structural, building envelope, and sustainable performance experts collaborated on this piece to identify how our approach maximizes opportunities for converting vacant commercial space into strong, welcoming, and sustainable homes for our communities.

Across Canada, we’ve seen financial incentives from various government bodies to spur developers to renew vacant commercial space. From the CMHC Residential Rehabilitation Assistance Program – Conversion program to more localized initiatives like the Calgary Office Revitalization and Expansion (CORE) group that was created this spring, it’s clear that there is broad agreement that renewal projects will help increase affordability and livability, especially in our urban centres. Conversion or renewal projects can also be a lot easier to drum up community support for, since the building already exists.

In Alberta, where vacancy rates are as high as 29.2% in downtown Calgary according to a recent Avison Young report, the situation is more complex. As of the first quarter of 2021, more than 1 in 4 offices in Calgary and more than 1 in 5 in Edmonton remain vacant. These vacancy rates are unprecedented across much of North America and are the result of a mix of the effects of the pandemic and an economic downturn precipitated by the oil crisis. This is not a new issue. As early as 2015, reports and projections that empty office buildings would spike as a result of an “ill-timed” building boom were making headlines.

Toronto presents a different story. In the first quarter of 2021, downtown office vacancies rose to 14.6%, up from 13% the previous quarter. Yet, recent projections by JLL seem to indicate that we might be at or near a peak in subleasing and reports that demand to visit office space is  on the rise. This begs the question of how vacancies will really look in the Toronto market once the pandemic ends.

In the UK, too, predictions abound that demand for office space could drop dramatically as many businesses realize the value of flexible work environments following the pandemic. Here, conversion of older office buildings into modern residential units has been popular for at least the last fifteen years. This trend was kicked into high gear when the government relaxed the planning rules in 2015 to allow these developments to progress without the need to apply for planning permission. While there have been high quality projects, there have been many more that were developed poorly (chronic space shortage, lack of light and ventilation, and poorly chosen locations are the top issues). Going forward, the government has introduced a relatively new planning Permission in Principle (PiP) route that allows commercial buildings to be demolished and rebuilt as residential. This is a two-phase approach that in the second “Technical Details Consent” phase would provide planners with more authority to block unacceptable applications.

In New York, we’re seeing these conversions happen largely in the Financial District. Across Manhattan, the trend towards vacancy is high with sublets swelling and a surge in new office buildings is rising. A good recent example occurred in the Financial District in Manhattan, where many buildings were old and impractical with little value for office use, while market rate housing was seen to be of higher value, creating good conditions for conversion. In this case, tax incentives also helped.

Our Approach to Turning Commercial Vacancies into Opportunities for Uncompromising Performance

When it comes to renewal projects and structural considerations, the type of building being converted matters. For instance, conversion of hotels to residential can be a simpler task than commercial to residential from a structural standpoint. While office buildings often have enough floor capacity to introduce more partitions, finishes, and the change to residential live loads, the challenges presented here include how we can work with the floor plate layout to increase access to natural light and ventilation.

Office buildings typically have a taller floor-to-ceiling height that allows for the placement and horizontal distribution of new mechanical and electrical systems at the underside of the slab. However, new penetrations are necessary for the vertical distribution of services. This requires infilling existing openings and coring or cutting in new openings. Here, the type of building matters again. For instance, this might be a relatively straightforward task with an existing structural steel building, but the task can be much more difficult in a concrete structure, especially with a post tensioned slab system where existing drawings are not always readily available.

Especially in the UK, period properties that have been converted from residential to office and are now being converted back to residential again face different challenges. On listed buildings, there are often bans to alterations on the façade of the building, or the creation of voids to accommodate new service and drainage runs. With changes of occupancy typically being considered as a major renovation, wind, seismic and live load reviews can be triggered, and the existing building may or may not require structural strengthening of the lateral system.

Other issues have included fire protection, where a detailed assessment of concrete cover to reinforcement and/or sprayed systems to steelwork may need to be carried out to ensure compliance with current requirements, and the provision of outside space where new balconies often need to be incorporated. This will often require new door opening through the retained façade (if not replaced) and new balcony structures supported on new foundations around the building perimeter which can be logistically difficult.

Commercial window-to-wall ratios are typically much higher than residential. As internal loads for residential are much lower than office, the need to reduce the total glazing amount to help manage heating energy is often presented and an opportunity to significantly improve the thermal performance of aging commercial facades arises. At the most basic level, this might include upgrading existing glazing panels to triple-glazed and improving the thermal breaks. However, there are challenges with repurposing existing curtain wall in residential applications, as sound transmission through the continuous framing members is difficult to mitigate.

Preferably, we would use this conversion as an opportunity to replace the façade and improve window to wall ratios to better represent efficient residential design and to improve the performance of the non-vision wall areas (older commercial curtain spandrels often have performance between R3-5).

Another challenge comes with the depth of floor plate and the likelihood of residential units only having a single exposure, limits the potential for effective cross ventilation via operable windows. Depth of floor plate helps from a total heating energy point of view, due to less exposed surface area per suite floor area but this comes at the cost of occupant comfort with less daylit area per suite and reduced natural ventilation potential.

The market is rapidly developing high performance panelized wall systems that can deliver higher opaque area values (R20 or more) while maintaining the benefits of panelization, which include installation speed and offsite manufacturing quality, that make them suitable for high-rise and retrofit applications.

With the built environment accounting for almost 40% of global greenhouse gas emissions, it’s more important now than ever that each project is viewed through a carbon emissions lens. Embodied carbon makes up about 11% of that total, and as buildings become more operationally efficient, and considering that the majority of embodied carbon emissions are Upfront Emissions (associated with extraction, manufacturing, transportation, and construction of building materials) and take place before a building is operational, in the next decade embodied carbon is going to make up the majority of carbon emissions associated with buildings.

In the World Green Building Council’s Bringing Embodied Carbon Upfront publication, it’s noted that the greatest potential for reducing embodied carbon takes place in the earliest planning and design stages, and the first thing we should do is ask ourselves if building new is necessary. Are there other alternatives we could consider? Can we renovate and reuse the existing building and retain as much existing material as possible? And then when we do use new materials, look for low-carbon options wherever possible.

When considering building reuse or repurposing, it is important to consider both the embodied and operational carbon impacts and opportunities for savings. Through whole building lifecycle assessment, including in-use operational emissions, it is possible to discern if, for example the embodied emissions associated with building new will be offset in the near term through having a high-performance building in operations. That study can be compared to a life cycle assessment looking at the embodied emissions of a retrofit (considering that a lot of the structure, one of the largest contributors to embodied carbon, will be reused) compared to either the same operational emissions or reduced emissions through a high-performance retrofit approach.

A comprehensive study from the Research & Policy Lab (formerly the Preservation Green Lab), in collaboration with several other groups, assessed the environmental savings and social impacts of building reuse across a few building archetypes each of them. They found that overall, it can take between 10 to 80 years for a new-build with 30% improved operational efficiency over an average-performing existing building to offset the emissions associated with building new. The exception to this was for the conversion of warehouse buildings to multi-family residential, where many new materials would be required in the renovation. The study highlights the importance of both reusing existing structure and materials as much as possible and retrofitting existing buildings for better operational energy performance.

Sierra Place is an office-to-affordable-housing building renewal project in Calgary, Canada. Entuitive is providing building envelope consulting services on the project and also consulted on a student-led sustainable performance analysis of the 10 storey, 100,000ft2 building. 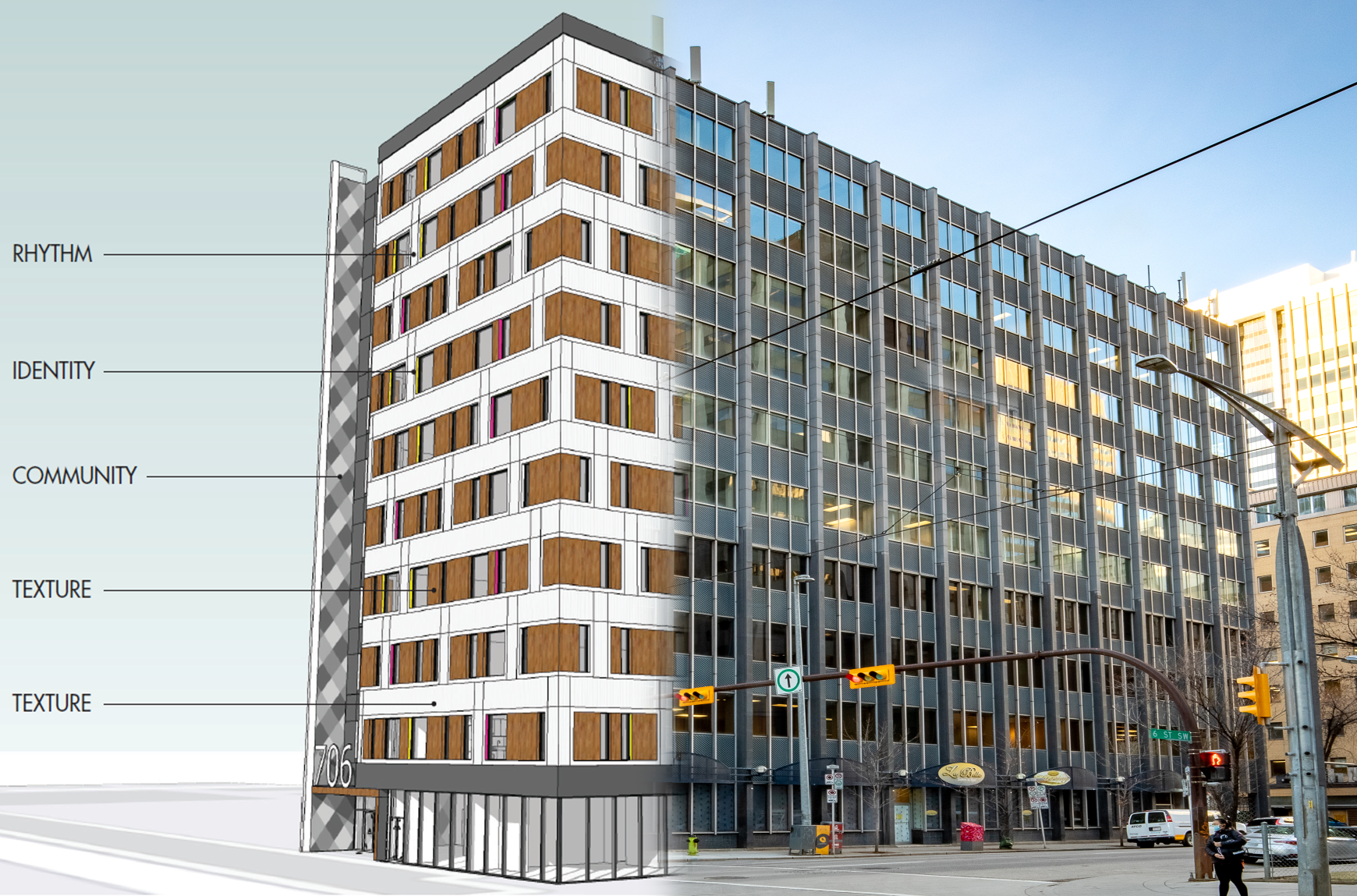 A rendering of the Sierra Place conversion from Entuitive’s feasibility study.

We began our work on the project with a thorough assessment and review of the building envelope to determine the feasibility of retaining or replacing the existing envelope to suit a conversion to residential use.

It was determined that the existing masonry and stucco on the west elevation and a portion of the north elevation were in serviceable condition and suitable to be retained with minor repairs. The existing windows, curtain wall, and roofing were well past their useful service life and in need of replacement regardless of the conversion project.

Given the nature of converting the building from commercial to residential use, the accelerated schedule for the project, and the limited budget due to funding, we selected a conventional steel stud/drywall substrate to be covered by a higher performing built-up cladding system with punched windows.

Our solution reduced the overall window-to-wall ratio, improved the energy efficiency of the building, and provided a simpler means to fire separate each floor and the suites on each floor. The design considered prolonging the service life of the building exterior to 30+ years with a low maintenance façade.

Entuitive advised on a capstone project for a group of students in Construction Management at the Southern Alberta Institute of Technology. The students were interested in performing an embodied carbon life cycle assessment for the building.

Their study looked at structure (concrete foundations and steel and concrete composite superstructure) and envelope materials. The existing structure would remain, and the envelope would be replaced on south and east facades and on 50% of the north façade.

Overall, their study found that it was very favourable from an embodied carbon and cost standpoint to reuse and repurpose the existing building rather than building new. 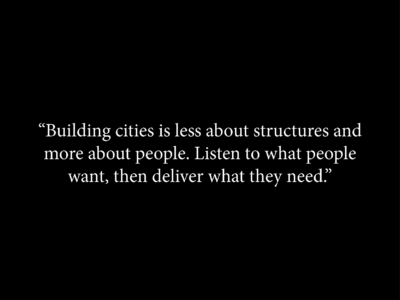 Trend
From the Inside Out: The Driving Force that Is Culture at Entuitive 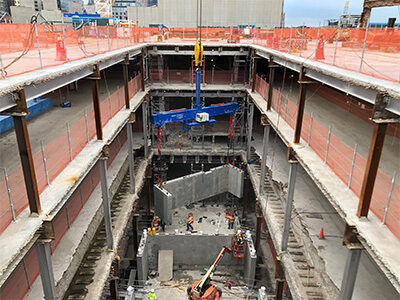 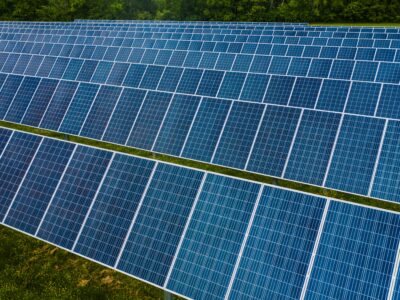 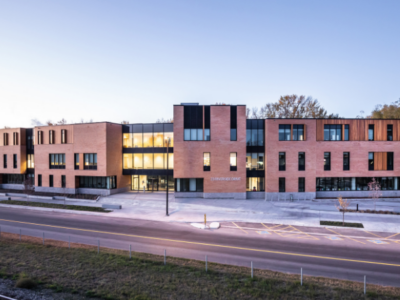 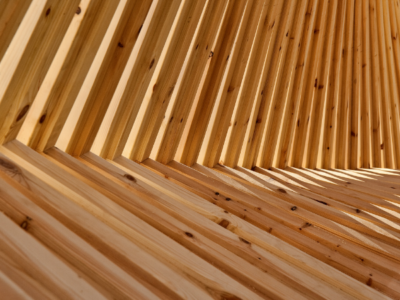